I am quite addicted to Jamie Oliver's Jamie At Home program on Food Network. I was supremely inspired after watching him made the Proper Chicken Salad.

Essentially, he roasted chicken thighs in a pan on top of pieces of ciabatta bread which turned out to be some awesome croutons in the process. He also made his salad dressing from scratch.

By the time I got to the store, I was slightly distracted by a run-in with Brenda and what not. So I decided to buy a bottle of fresh dressing instead of making my own.

And along with that, instead of buying a head of romaine to chop up, I just bought a bag of pre-washed, pre-cut romaine.

Didn't I tell you guys I was lazy?

However, I did follow Jamie's recipe on the chicken and ciabatta almost to the tee, except that I substitute thyme for rosemary (Brandon doesn't like rosemary), added a few lightly smashed clovers of garlic in the mix, and used bacon instead of pancetta. Also, after laying on the bacon, I roasted it up to 30 minutes extra because the bacon refuses to crisp up. 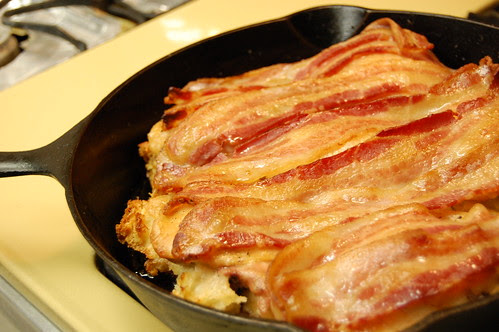 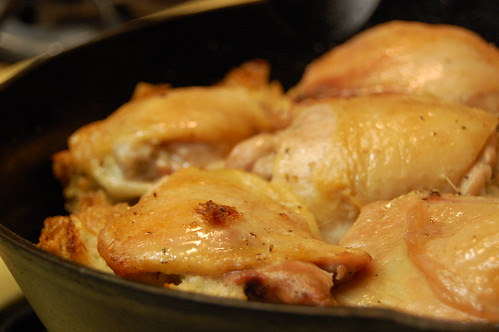 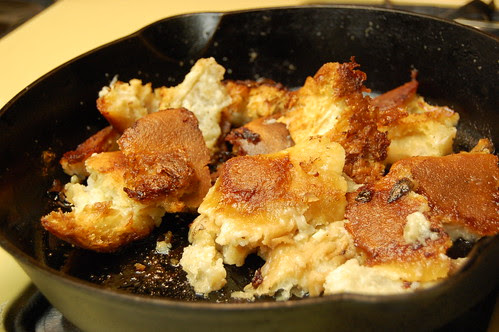 I also served the meal differently. Instead of shredding the chicken for a salad, I featured the chicken thigh, bacon, and the croutons as a main course with salad on the side. It worked out very well that way as well.

That's $4.08 a person. PLUS 2 extra chicken thigh (which I froze to use in making chicken soup from scratch later...freezer burn doesn't affect the stock that much, heh), 4 strips of bacon (perfect for breakfast for 2), and salad dressing for at least another meal for 4.

Oh, and I don't know how but we ended up with a handful of romaine, a few croutons and strips of bacon leftover to have for lunch the next day.

It's soooooo easy and so cheap! 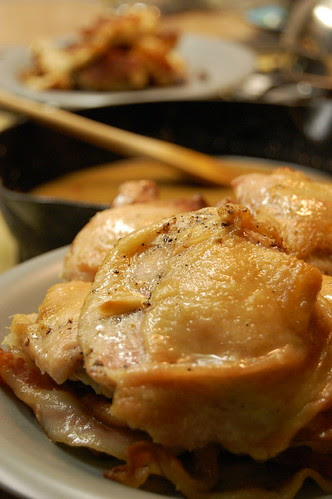 ETA: When I made this again for the pictures, I also made pan sauce by adding flour to the grease, cooked that up, and deglazed with chicken stock. Yum!


P.S. Fresh Caesar Dressing - Nothing memorable, but definitely tasty. I'd give it an earthbound.

This is a fan blog of the Fresh&Easy stores and products. The High Priestess OakMonster, Sister Annette, Sister Amy, and other "Believers" are not employed by F&E or Tesco, nor do we get paid for this blog. We just love the products and the store, so we happily spread the word to all!

We do, however, since we talk about them exclusively here, get updates and news directly from F&E, are invited to store openings and blogger events, and receive product samples from time to time which we always disclose when we receive/review them. We pass along the news and report the event to, and share our thoughts on products we received with you.

Despite our obsession and love for F&E and the products, it's not always a love fest here. We don't hold back when we find things we don't like.

Is Fresh&Easy right for you?